No Result
View All Result
Home 2020 US Elections

It was a serene Friday morning on Oct. 2, 2015, and Aaron Peskin was, himself, feeling serene.

The Chronicle was predicting that, in one month’s time, he’d be in for the fight of his political life against Supervisor Julie Christensen, its endorsed candidate. Peskin smiled. He wouldn’t be.

“I think,” he said, conspiratorially, leaning over the outdoor table at Caffe Trieste, “I have this thing in the bag.”

His internal polling put him well ahead. His campaign had identified all the thousands of voters he’d need — individually, by name. It had knocked on their doors, entered into their large apartment buildings, conversed with them in multiple languages.

That was a shade over five years ago, but it feels like another era. None of the age-old techniques of organization and political engagement that community-based politicians rely upon to win district elections — door-knocking, campaign HQ get-out-the-vote efforts, in-person events — are fully feasible during a pandemic.

And, as such, no San Francisco candidate or ballot measure committee can really know what’s in the bag and what isn’t in 2020. It’s not entirely clear who is present to vote — U-Haul is apparently doing a bang-up business here in San Francisco, but who are the clients? Is it 30-year-old techies returning to the parental basement in Cedar Rapids? Is it wealthy executives decamping to Tahoe? Is it struggling BIPOC service workers heading to the outer rings of the Bay Area? It’s not yet clear, and it’s also not clear how this will affect the results come Nov. 3 — and beyond.

And, of those who are here and voting, it’s not certain who is voting when. Patterns observed over the past decade and change regarding what sorts of people vote early or late are more or less out the window this year — rendering it both more difficult to mount a winning campaign and to interpret the results when they do begin trickling in.

“This election is an absolute outlier,” says one veteran city political operative. “It breaks the patterns we’ve seen developing for the last decade at least.”

Adds a longtime city politico with lots of skin in lots of games, “Everyone is flying blind.” 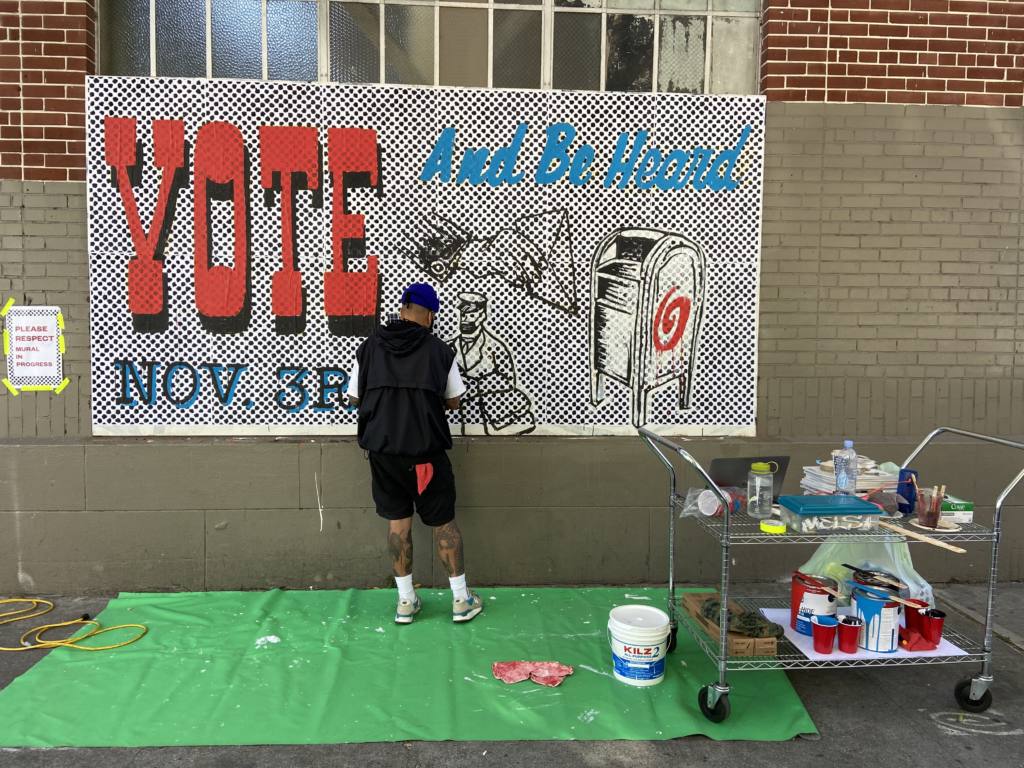 A new mural cropping up near 20th and Shotwell as election season ramps up. Photo by Annika Hom.

Not everything has changed, however. This year, millions of dollars in so-called “dark money” is passing through a Russian Doll-like series of anodyne-named committees and producing lurid, Lee Atwater-level ads targeting left-leaning candidates or tax measures aimed at large businesses or high-level real-estate transactions.

That’s not new. What is new, however, is that the methods you’d use to counter this — rallies, door-knocking, the basics of grass-roots campaigning — are either gone or…

TribLIVE's Daily and Weekly email newsletters deliver the news you want and information you need, right to your inbox....

Here's what you need to know to Get Up to Speed and On with Your Day. (You can also...

DETROIT – After Michigan played such a key role in his election many are expecting President-Elect Joe Biden to...

Pennsylvania’s highest court has thrown out a lower court’s order that was preventing the state from certifying dozens of...

Analysis: Trump’s legal defeats pile up while his attacks on Georgia’s

With the eyes of the political universe focused on turning out voters in Georgia -- where the two runoff...

Why are rodents invading your car?

Smoke inhalation complications cause of death for Tony Hsieh

Arizona and Wisconsin Certify Biden’s Wins: ‘The System Is Strong’