Israeli researchers believe they can make the most lethal brain cancer less deadly, after they stopped tumors from growing in mice and in a lab model using human cells by blocking specific proteins from reaching them.

Glioblastoma only has a 40 percent survival rate after a year and 5% after five years, even with surgery, radiotherapy and chemotherapy.

But Prof. Ronit Satchi-Fainaro said she is hopeful that her new study, conducted on mice and lab models, will make the illness “chronic but manageable or even cure it completely.”

Her team modified hundreds of mice to give them glioblastoma, which accounts for half of all primary brain cancers and is considered the most aggressive cancer that starts in the brain.

All the mice had brain tumor growth and died within weeks, unless they took a chemical compound to block production of the P-selectin protein. The mice that took the P-selectin blocker all recovered and lived. 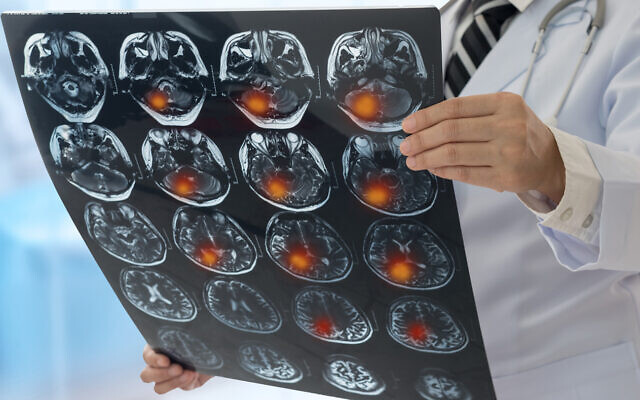 The protein blocking compound also inhibited growth of tumor cells taken from human patients and inserted into a 3D model of a human brain in a lab, said Satchi-Fainaro.

The study was just published in the peer-reviewed Nature Communications journal, and Satchi-Fainaro said she hopes that human trials will be conducted soon and conclude that blocking the P-Selectin protein is a treatment for glioblastoma. 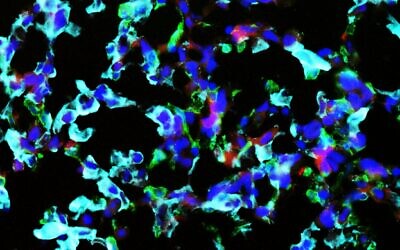 “We’re talking about one of the most aggressive cancers, which is considered stage four from diagnosis, and this is really exciting,” she said. “It is is paving the way for a new therapy for a disease that hasn’t had anything new in terns of treatment over the last decade.”

Satchi-Fainaro, director of Tel Aviv University’s Cancer Biology Research Center and head of the institution’s Cancer Research and Nanomedicine Laboratory, stressed that blocking the P-selectin protein won’t require any new drugs, as blockers have already been developed for treating other conditions and have been shown to be safe on ongoing clinic trials. 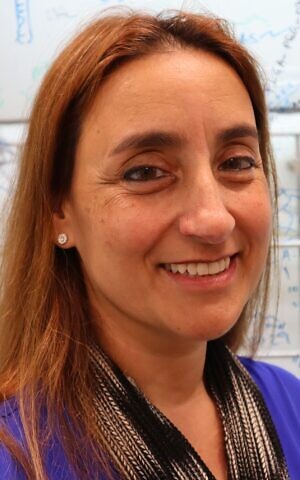 Her team, which included PhD student Eilam Yeini and Dr. Asaf Madi, decided to probe the potential for blocking P-selectin after studying the way that glioblastoma cells “corrupt” an aspect of the brain’s immune system.

“There are cells in the brain’s immune system called microglia, and they are meant to block pathologies including cancer,” she said. “We wanted to understand how they lose their ability to inhibit this cancer, glioblastoma.”

They concluded that the tumor “corrupts and reeducates” the microglia, so that instead of defending the brain against cancer, they generate the P-selectin protein, which helps the tumor to grow.

“We asked what happens if we block secretion of P-selectin proteins that aren’t normally present but which are suddenly found in large quantities in the brain when a tumor is present.

“We found by blocking the expression of P-selectin we stop the microglia from suppressing the immune system and supporting tumor growth in the brain. We were able to successfully test this on mice, and on tumor cells in the 3D model, with very encouraging results.”

I’m proud to work at The Times of Israel

I’ll tell you the truth: Life here in Israel isn’t always easy. But it’s full of beauty and meaning.

I’m proud to work at The Times of Israel alongside colleagues who pour their hearts into their work day in, day out, to capture the complexity of this extraordinary place.

I believe our reporting sets an important tone of honesty and decency that’s essential to understand what’s really happening in Israel. It takes a lot of time, commitment and hard work from our team to get this right.

Your support, through membership in The Times of Israel Community, enables us to continue our work. Would you join our Community today?


Join the Times of Israel Community

Already a member? Sign in to stop seeing this

You’re serious. We appreciate that!

We’re really pleased that you’ve read X Times of Israel articles in the past month.

That’s why we come to work every day – to provide discerning readers like you with must-read coverage of Israel and the Jewish world.

So now we have a request. Unlike other news outlets, we haven’t…

Is it safe to travel this summer or fall? Here’s what experts say

Why Exercise Can Be So Draining for People With Rheumatoid Arthritis

‘Last Resort’ Antibiotic Kills Bacteria by Popping Them Like Balloons