Dutch face dilemmas over China and chips, thanks to US pressure 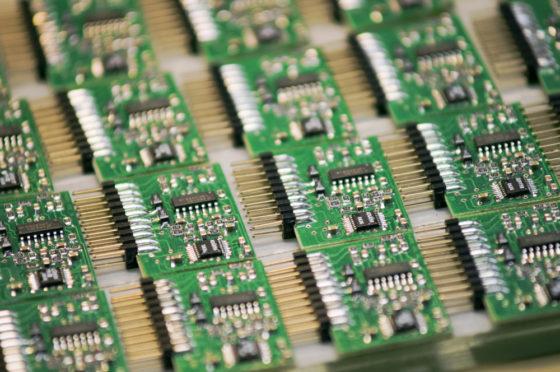 The US is placing increasing pressure on Dutch chip machinery maker ASML to restrict its exports to China, the Financieele Dagblad reported on Monday.

The cabinet, the paper said, is faced with having to choose sides between the US and China as their technology battle heats up. The paper bases its claims on conversations with MPs from across the political spectrum about what it calls this ‘super complex’ issue.

The US has been talking to both the Netherlands and Japan at various levels about limiting the the export of advanced chip technology. The Netherlands, with ASML and ASMI and Japan, with Canon and Nikon, are extremely important suppliers of machinery used to produce microchips.

But the US wants to stop China from accessing advanced chips so that they cannot be used for military purposes, and has already imposed limits to its own exports. It now, the FD said, expects its allies to follow. ASML currently books 15% of its turnover in China.

The Netherlands banned the sale of ASML’s most advanced machines to China in 2019, but the US wants to expand the restrictions to older technology as well.

Trade minister Liesje Schreinemacher told the NRC earlier this year that the Netherlands would ‘make its own decisions’, a message reiterated by economic affairs minister Mickey Adriaansens on Saturday. ‘We want to continue doing business with China,’ she told the NRC.

‘It should not be the case that we blindly follow America; they have their own economic interests,’ Adriaansens said. ‘ Of course we see the risks of [doing business with] China. In fact, I think we should be even less naive about this and have legislation that protects us better. But we, as the Netherlands, have to make our own assessment when making important decisions like this.’

Sources told the FD that the cabinet hopes to reach a deal with the US within the coming months. According to the NRC, further talks will take place this week in Washington.

MPs are concerned about the negative economic consequences for Europe should China play the ‘raw materials card’, the paper said. China, for example, produces more than 95% of the world’s gallium, used in making chips for electronic devices such as computer motherboards and mobile phones.

D66 MP Alexander Hammelburg told the paper he hoped that economic considerations would not frustrate the development of a European position. ‘This is not just about today’s economy,’ he said. ‘We have to think about what the Chinese are going to do with their growing economic and military might… and how Europe should react.’

Other parties are more critical about the US pressure and call on Europe to take its own decisions. ‘Why should we have to fall into line with the US just because,’ Volt MP Marieke Koekkoek said.

Last month the British government blocked the takeover of the country’s largest microchip factory by Nexperia, a Netherlands-based, Chinese-owned firm over concerns it may undermine national security.

Business minister Grant Shapps ordered the Dutch chipmaker to sell its majority stake in Newport Wafer Fab. Nexperia, a spin off from NXP, is based in Nijmegen but now owned by Wingtech, a partly Chinese state-backed company listed in Shanghai.

Nexperia country manager Toni Versluijs  said in a statement that the company was ‘genuinely shocked’. ‘The decision is wrong, and we will appeal to overturn this divestment order to protect the over 500 jobs at Newport,’ he said.

Last week, MEP Bart Groothuis said the cabinet had to stop Nexperia taking over Delft chip company Nowi to stop ‘earnings potential leaking away to China’.  If ministers did not comply, Groothuis said he would take the issue to the European Commission.

Thank you for donating to DutchNews.nl

The DutchNews.nl team would like to thank all the generous readers who have made a donation in recent weeks. Your financial support has helped us to expand our coverage of the coronavirus crisis into the evenings and weekends and make sure you are kept up to date with the latest developments.

DutchNews.nl has been free for 14 years, but without the financial backing of our readers, we would not be able to provide you with fair and accurate news and features about all things Dutch. Your contributions make this possible.

If you have not yet made a donation, but would like to, you can do so via Ideal, credit card or Paypal.

Read More:Dutch face dilemmas over China and chips, thanks to US pressure

Stark: It’s over for Bonds, Clemens — 5 things we learned from the Hall of Fame

Elaine Chao has had enough of Donald Trump’s racist taunts

Deri: ‘I’m glad court ruled as it did. Let the people see and…

Gov.-elect Josh Shapiro seeking to appoint both Democrats and Republicans to his

Turkiye Halk Bankasi A.S. v. United States, Part 2: What to Do If the FSIA Does Not