No Result
View All Result
Home 2020 US Elections 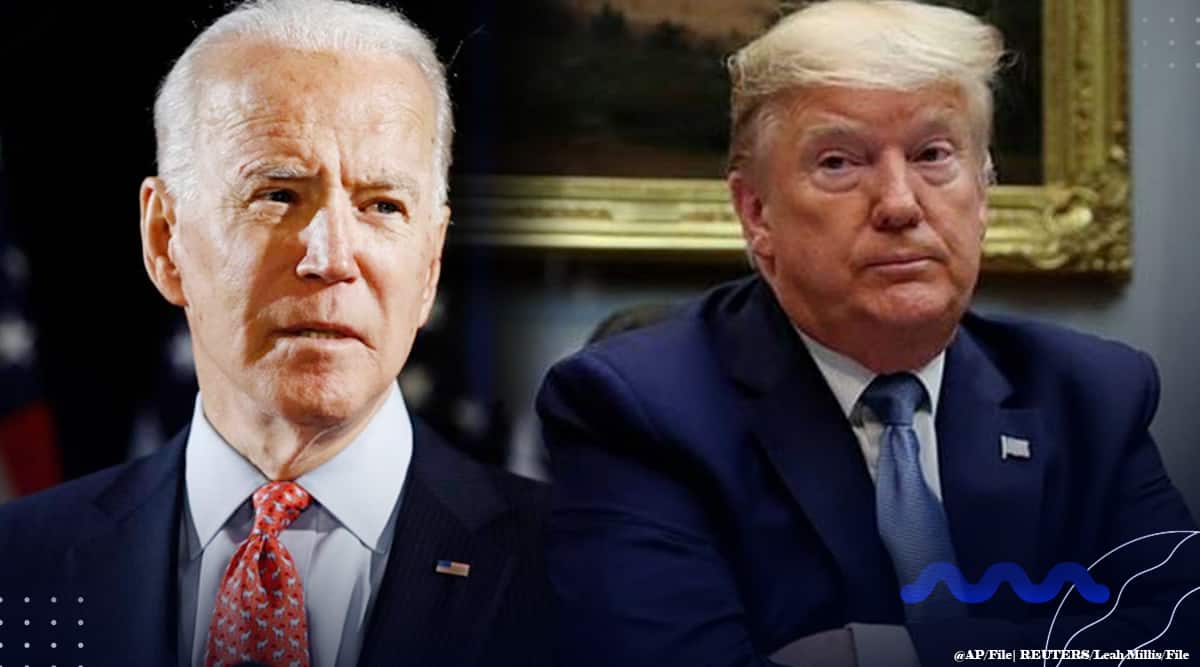 Americans are set to elect a new president on November 3.

With less than two weeks to go before the US election, President Donald Trump and his Democratic contender Joe Biden have stepped up their campaigning efforts in swing states, which are witnessing another alarming surge in Covid-19 cases. While both candidates are targeting undecided voters in a last-ditch attempt to sway them before polling day, they gave starkly contrasting messages about the pandemic at their rallies on Saturday, Reuters reported.

At a tightly-packed, in-person rally in North Carolina, Trump told a few thousands supporters that the country was “rounding the turn” on the coronavirus pandemic and mocked his political adversary Biden for unnecessarily raising alarms at the final presidential debate.

His remarks came just hours before the White House announced that a top aide of Vice President Mike Pence had tested positive for the virus. Pence, who tested negative but was in close contact with the aide, will continue to travel and campaign this week, the Associated Press reported.

Meanwhile, former Vice President Biden addressed his supporters at two drive-in rallies in Pennsylvania, and warned voters of a dark winter unless the president and his administration did a better job of containing the spread of the deadly infection. You can read the Reuters report here

Just as President Trump arrived in Florida’s West Palm Beach to cast his vote, former President Barack Obama slammed his successor for his poor handling of the coronavirus pandemic, and “fumbling” the economy, at a rally held in the state on Saturday, the New York Times reported.

“He likes to act tough and talk tough. He thinks scowling and being mean is tough,” Obama said at a drive-in rally in Miami. “But when ’60 Minutes’ and Lesley Stahl are too tough for you, you ain’t all that tough.”

Obama was referring to Trump’s much-talked-about interview with CBS’ Lesley Stahl for the show ’60 minutes’. Trump, himself, released the unedited version of the tense interview ahead of its scheduled broadcast date.

“Florida Man wouldn’t even do this stuff! Why do we accept it from the president of the United States?” Obama said. ‘Florida man’ is a popular meme and hashtag on social media, associated with often-bizarre news stories about residents of the state. Read the report here

According to a recent report by the Washington Post, Trump privately told donors that it would be “very tough” for Republicans to keep control of the senate in the upcoming election, particularly because he refuses to support some senators.

“I think the Senate is tough actually….

article US President Donald Trump speaks to reporters after participating in a Thanksgiving teleconference with members of the United...

Attention shoppers! It’s Black Friday, and a lot of retailers are making changes to their holiday sale plans to...

Giuliani rails against ‘sham’ election at Pennsylvania event skipped by

The ex-New York mayor, who’s spearheading the president’s futile bid to subvert the 2020 election, interacted with the coronavirus-positive...

The election nobody is talking about: leading the WTO | Opinion

For months, the world's attention has been consumed by the race for the White House. Little attention, however, has...

Chrissy Teigen Opened Up About The “Brutal, Exhausting, [And] Sad” Recovery